How to keep up a long distance relationship with your partner? These 5 funny tips are not for you take seriously. Before you read the tips, better call her and expand the topics of the conversation if you think so far you and your partner get boring chats. Make her curious, tell her a funny story and then change the subject in the middle of the story If there's no more interactive topic, you may go window shopping and forget her for a while.

Hopefully after reading this post, you are still in your decision that you want to keep up a long relationship with your partner. I'm afraid you will change your mind. Unfortunately these tips only for girls. Check it out!

1. Don't splash oil onto his face while he's combing his curly short hair. It is not the time to tickle his fancy. 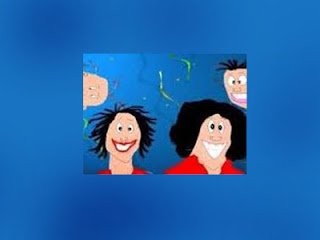 2. Don't grumble when he is snoring. It is unwise to ask him to have anti-snoring surgery. Enjoy his snore as if you are enjoying your favorite music. It is one of the ways to cope with stress, isn't it?

3. Don’t laugh at him while he’s trying to strangle the truck driver laughing at him after hailing you guys some spoiled eggs on the street. Doing so won't keep up your long distance relationship with anybody you want to reconcile.

4. Don’t say that you are unskilled and uninterested in housework when he asks you to keep his cottage all alone while he’s away on vacation for several months. If you have talent, write some funny writings about his home and report them to him later.

5. Don’t ever ask him about his debt when he’s brokenhearted. Better ask him to buy you a cluster in Orlando townhomes.

So, how to keep up a long distance relationship with your partner? Since those debt collectors still can find his hideout, you'd better ask him run away from this town, okay?

Email ThisBlogThis!Share to TwitterShare to FacebookShare to Pinterest
Labels: friendship, how to keep up long distance relationship, relationship, tickling tip

It doesn't necessarily take a politician to announce this urgent matter!

If you are tired of routine, just look at a melon, a slightly soft one. Don’t' use your hands to feel for bruises. Don't hear or feel anything when you shake it. Don't even think it is overripe. Forget about your nose, forget about a sweet smell. The fruit is best when it's fresh picked, no doubt. Now all I want you to do is just believe me. Now, just stop by at my beautiful palace at a roadside stand. I'll be waiting for you … 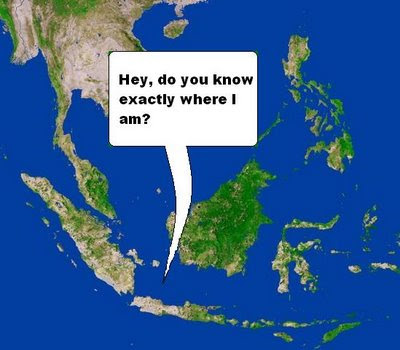 Obama and Osama turn out to be brothers!

Obama and Osama turn out to be brothers!

No big deal! The two most influential strong men in the world admit to coming from the same origin. That is human race. Their very first ancestor who is also ours is Adam.

Their popular names which are only distinguished by letters b and s surprisingly begin with the letter o which means “oh, they’re brothers! And also means, “oh, really?”

Back then, these two cute kids liked to play hide and seek in their dreams, romping around and exchanging pleasantries. Once Obama said to Osama, “I’ll see you in the future as an enemy.” Obama only giggled on hearing this. 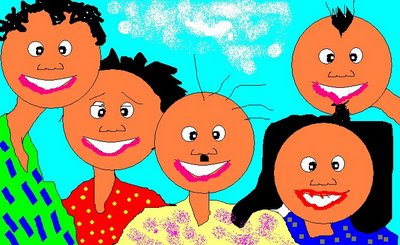 As they grew up and lived very far apart, Obama found it was meaningful to reconcile with Osama. As usual Osama only giggled on knowing this. He only said calmly, “Dear brother, let’s make love not war.

How come! There was an outburst of laughter all over the world on hearing this, instead. You know—coming from those learning English as beginners.

Obama and Osama, in fact, have a lot in common. When it comes about patriotism, for example, they will take it into consideration. Among other things are bravery and dignity. How about indecency? However, Obama is more tolerant to have superheroes in his country wearing underwear inside out.

Oreally between Obama and Osama

No doubt, Obama is indeed the President of the USA. Osama is the Arabian fighter who is considered public enemy number one in the world. And Oreally? Who is Oreally? Not who but what; oreally is the typical remark of those questioning their idealism.

Will God fulfill his wish when Osama prays? He is a terrorist! But he begs by raising his hands open to the sky! Muslims agree that God hates terrorism, but He will answer every prayer either by “begging” or “gripping” as long as it is blessed.
One day, unconsciously Obama raised his hands open to the sky in an open space.
“Are you praying as Muslims do, sir?” asked his secretary.
“God is great,” said Obama. It looks like rain.”

Beware! This blogger jokes are not intended for corruptors anywhere in the world to repent! You're broken-hearted? In big debt? Impoverished? You may enjoy them. This is the first post I wrote long before this blog fiercely becomes the one to tickle your fancy with funny stories of celebrities and public figures, and enriched also with a lot of funny and silly images.

For you looking for an alternative reading you may subscribe to this blog, comment or ... and if you have business to do using video, you may hire me to create one for you. No jokes. Bloggers should become a sort of advisers for you, don't you think? Like, when you manage brand, outreach connectionwill be great.

My master woke me up after a thousand years of meditating. I was told it was the year of 2009.

“In your search for enlightenment what have you got?” he asked me.
“Many, “I replied,” including traffic.”
“What do you mean?”
“You know, visitors.”
He raised his eyebrow.
“So, what are you going to do next?”
“Go down this mountain.”
“And?”
“Work on a blog.”

Since nobody was able to get rid of my serious disease, my servant suggested my father an option, “Your majesty, why don’t we bring the prince to Soho. He is the famous faith healer living in the country.
I got up and interrupted, “Why don’t you just bring me to the net station. To have my blog visited all the time that is the best medicine of mine."


Why those paparazzi keep bothering you?” my assistant asked me, trying to keep up with my pace on the way to a shooting location.

“Guess what?” I said calmly.
“Because you’re famous!”
“No, because I have a promising blog.”

Lois Lane got mad at Superman who broke his promise. It was her birthday and he didn’t even send her flowers.

“Sorry to keep you waiting,” he apologized.
“So what? You’ve just sent a bunch of roses to Martians?”
“No, I’ve sent my compliment to Mr. Nurman’s blog. It was great!”

If they sound funny to you, thanks for thinking that way. If they're not, thanks for not corrupting people's money. More about blogger weird jokes click here
By man2sting at April 08, 2009 1 comment: