Teaching English By Phone, Skype? Worth A Try!

What makes learners of English language feel frustrated studying English? Having non-native and weird accent teacher? Boring material? Mostly brainwashed with grammar and this has become a must that they must elaborate it and have to be perfectly correct, and that without this English will not sound as it is? How about a long distance learning?

Perhaps most people prefer using Skype to have a class online, but in case they don't really comfortable with each other frequent face-to-face session, and that video call makes Internet connection get slower, studying and teaching by phone is a worth try. Okay, this time I won't tickle your fancy with a silly story of celebrities and the like. Instead I would like to share a story about my experience of how I realized that video call on Skype is only for an introduction session. After that your voice and ear will effectively work. 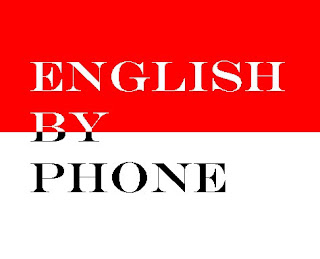 My friend forwarded his student to-be to me as he was not well prepared teaching her Bahasa Indonesia. This pretty Serbian woman living in Amsterdam started to learn with me by Skype and as what I usually do teaching by phone, we finally focused on ear and voice. Speaking and listening, that's the point. Long distance class doesn't really need such formula much. You, teacher, should lead your student to the real life situation. This is what we call functional approach. It's the method which requires you to repeat some phrases that you hear or listen again and again and that you get used to it.

Not quiet different from what I do here that I mostly tickle your fancy by silly contents, English is fun especially if you are good at Tongue Twister. Traditional method on phone won't do any good. But drilling and try as best as you can to pronounce things as precisely as the native speakers do, that's Brilliant. This is a great way of teaching. No classroom session, you can do it while lying in bed, walking down in the park, on the train the way you talk with anybody on the line. What you need to concern is your connection and the provider, this must be well prepared.

In big busy cities where people generally cannot attend a class, learning by phone or Skype is highly recommended. Jakarta, Indonesia for example, where most of the people cannot speak English, for it is a foreign language, this kind of teaching is very helpful.

You guys starting a career in any other countries, especially those coming from the none English-speaking countries can copy me. Below is my strategies to build my own business to boost a side income

Is Nexus 6 The Best? Recommended? What's the Alternative?

Mr Nurman learns to tickle your fancy recommends that you have Nexus 6. It’s not because Google is gambling and it is a huge gamble. It’s because the item is not as cheap as what you think. Maybe it’s the best in the world or you might find an alternative one. I don’t know now if it still somewhere around $650 or less. But, if you have that sense of luxury and want to look outstanding you should be the guy with a decent communication tool.

We’re talking about pride, and Mr. Nurman learns to tickle your fancy thinks that you should outdo James Bond when any sophisticated things offered to him to show off to the world. Surely by pricing the Nexus 6, Google doesn’t have to regret their decision to release it to the world. They think it’s the best. Even if it’s no longer the sweet bargain previous Nexus models were, and while its specs will have smartphone fans drooling, the high price has turned it from an impulse buy to a decision. When you find some alternative you might recommend people by replying to the comment below.

If you are not stunned by the reasonable cost of the Nexus 4 and Nexus 5 — you might still consider purchasing the recommended Nexus 6, now that Google doesn’t have to wait a review from Mr. Nurman learns to tickle your fancy, I won’t say it’s the best or you need to get alternative luxurious smart phone.

I want you to look cool. I don’t want you to look as silly as a writer to write something out of ordinary and no high quality content at all to attract you to buy this Nexus 6. Is the guy me? Forget it. Or you have alternative figure than Mr. Nurman learns to tickle your fancy’s review? You can go anywhere, not only communicating on the line, but also you can be in heaven on line. That’s the best thing and recommended to do online with such stuff. When you picked up the Nexus 5, alternatively, there really weren’t many other devices that boasted the same specs for such a great price. Today, for between $650 and $700, there’s an amazing, wonderful, almost bewildering smorgasbord of options.

Now if you just have something ordinary and common you are not part of the one to tickle the world with your fancy thing. Cheap things won’t bring you to fame. You know now the meaning of sold out, or selling out. What am I? Evil?

Don’t ever ask what the hell happened, Google? What’s with the greed? You have to be greedy yourself; you should have such fancy thing which is the best recommendation of life. You know I’m just learning to tickle your fancy, if you don’t really feel comfortable with it you can find some alternative reviews out there, but this time I am challenging you to outdo anybody having such fancy tool but don’t know the meaning of pride.

Sure, you don’t have anything to do with what Google product manager Sandeep Waraich says that the Nexus 6 is a “deliberate decision to push the boundaries on technology. We arrived at the solution, then the price.” No at all, you just need some refreshment here even if you don’t buy it because you’re broke. LOL!

Trumpet From The Sky Not To Tickle Your Fancy!

Baffling people from all over the world, the trumpet from the sky is not a joke. It's not Walt Disney's tricks to promote a new animated movie or a distraction of a political issue. It's a warning for anybody who believe in signs of God. You just cannot tickle your fancy when the Doomsday shows its slight sign.

You cannot dance and have fun with it after you hear one woman in Canada has recorded chilling sounds several times. Similar outbursts have been captured on countries around the world including the U.S., Ukraine, Germany and Belarus. What is the trumpet all about? Is there an alien in the sky which everyone think fictitious would like to start a concert with human beings? A tickle your fancy tale? Indeed, technology reigns supreme now. You may believe there's a mermaid ever caught alive as seen in a picture, she no doubt looks real. But you know what? As more and more people believe, the trick is revealed, that it's part of product promotion, uh-oh!

2015 is not the first time this trumpet from the sky ever heard. Would you be there with Aaaron Traylor back then in 2012? Aaron Traylor captured a recording in Montana in the U.S. on February 18, 2012, and said: 'I've had vivid nightmares ever since I posted the very eerie strange sounds that has Missoula talking and looking towards the sky; awful, awful nightmares.' Is this statement sounds funny to you? No jokes, no things to tickle your fancy. You need to believe that thing is real and that even Rock star won't respond with "We will we will rock you!"

Unless you don't care about sins. You keep committing adultery, smoking marijuana, corruption and after suicide you resurrect and start to laugh, "Hell is nonsense!" When you think you cannot blow the trumpet of your life, the one only available out of the sky, the thing that you would like to do is kill God, because you God is no more a myth. What a tickling story! You play joke with Supreme Being and your religion is science. It's as what you call as brain achievement.

It's all mystery. All needs prove. And even after an evidence and everyone is convinced, there's no statement of agreement. When you hate Scriptures and you think it's such a joke and what is told in Bible or Quran you may play your own trumpet blown to mock God somewhere far far away in the sky or heavens. You can tickle your fancy by doing it again and again but heavens will give no response, heavens will remain silence and heavens will challenge anybody using their brain to solve the mystery of life.

Reborn and Ready to Tickle Your Funny Bone Again

Glad to be reborn and ready to tickle your funny bone again.

As we can write anything we want here I'd like to write about my hiatus. Why it takes so long for me to update a content. That's because I couldn't tickle your funny bone as I was not born yet. What does it mean. Well, the Internet is unpredictable market for bloggers and anybody making money here cannot always get what he wants. 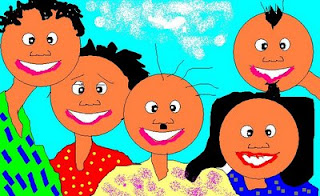 I claimed once to be an owner of a tickle your fancy blog, but out there people just don't really engage with silly things. They need to be told, advised and useful tips to improve their lives. When you reborn, that's the time for you to change your mindset, not only entertaining people around, but also give them values. It's more than tickle your fancy or funny bone. It's a temptation, it's a desire and it's the source of living for anybody who like to see other living longer.

Glad to tell jokes despite they're not always funny.

The point is how to tell others that they deserve entertainment and information as well. When you come here and over and over again as a newcomer, I'd say thank you very very much. When you come back and feel relieved, I'm so glad that I was reborn healthy and humorous and am always happy to tickle your fancy or tickle your funny bone.

Mr. Nurman learns to tickle your fancy, hopefully will still become one of your favorite blogs and what I need is feedback in case you need more than jokes or silly things.

Well, as we grow up we try to get rid of bizarre out of mind. However, a childlike side in us, that's permanent, you're no more an elderly man with a great smile pretending to be a young guy. We will keep telling you spoof and not to distract you from the focus of what you read, we also gives valuable lesson and tutorial for you.

Thank you for reading and good luck everyone.
By man2sting at May 28, 2015 No comments: