Amanda Bynes not to be tickled

Amanda Bynes who has been charged with two hit and run offenses doesn't need a tickling story to lull her to sleep. Okay, Bynes is not planning on going to rehab anytime soon. She is not going to narrate a story about Katy Perry nor Lindsay Lohan there. If so, I am afraid people may think this is a hidden campaign of Mr. Nurman learns to tickle your fancy to promote his blog on the Internet. 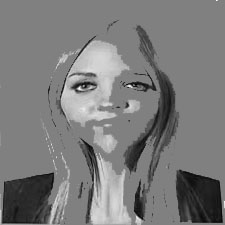 I swear to God, Amanda Bynes has nothing to do with anything to tickle your fancy here, may ignore the weird articles about Bread Pete and Brad Pitt, Britney Spears and Britney Tampubolon or Johhny Depp and Johnny debt. Maybe if she asks my opinion over her problem there would be probably an unsatisfied answer coming up.

Were you there when she was smoking marijuana in her car? I'm not asking Robocop and consider this a tickling question. Sound childish, perhaps. She was reportedly told friends she was smoking tobacco, not weed.

On Sept. 9, the former "All That" star was pulled over for driving at night without her headlights on. Days later, Bynes was ordered not to drive by a judge in Los Angeles. On Monday, Bynes was said to have locked herself in a dressing room for nearly two hours, but nobody said she's learning to create a tickling story to support me as I was running out of ideas.

Even Lindsay Lohan, who has gotten into trouble with the law as well for theft and a DUI, does not understand why I should write this silly article and why people should come here over and over again. 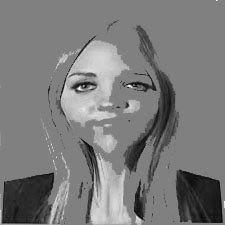 The following is not tickling news about her. First, why has Amanda officially been asked to put away her car keys. This warning is supposed to be heard by any speed demons all over the world, right? Second, why she preferred to get behind the wheel while I preferred to get before the computer. Whoops!

On Wednesday, Ms. Bynes, 26, was ordered by L.A. Superior Court Judge Marsha Revel not to drive without a valid driver's license, PEOPLE confirms. But on Thursday night, she got behind the wheel, driving around West Hollywood and tapping a parked car with the bumper of her black BMW 5-series, TMZ reports.

On Sunday, the former child star was stopped by an alien asking her for autograph. Amanda then gave him a note saying that she was born on April 3, 1986. The alien woke up afterwards from what's supposed to be called a good dream without anyone know of his whereabouts.

He asked me, "Mr. Nurman, are you learning to tickle everyone's fancy? How did you about Amanda Bynes?"

"Off course, I know her from the Internet. From the news, but it's not tickling news! Bynes appeared in several successful television series, such as All That and The Amanda Show, on Nickelodeon in the mid to late 1990s and early 2000s, and in 2002, she starred in the TV series, What I Like About You, right?" I replied.

"So you're going to write a tickling news about her?" the Alien asked me. Before I said anything, I was awakened by what it's supposed be called a weird hallucination