Christopher Columbus, from home to school

Lull your kids to sleep by telling the marvelous voyage of Christopher Columbus that he went to sea as a young boy, and spent most of his life at sea. The tale will lead them to the new world in their dream and this is likely a sort of dream Columbus had. Everybody needs to know about the history of Christopher Columbus, including kids. He is one of the most famous explorers in the world!

On different occasion ask them, “can you answer the question: who made four voyages to the New World, and yet he died thinking he had reached the Indies?” Kids at some school have been provided with some lesson tools and teaching aids which enable them to trace back to the time when Columbus explored at the sea, and therefore they can do more than only answering the above-written question. Surely schools have revealed Christopher Columbus as someone unforgettable. Whoever has read the epic of Christopher Columbus and the New World can tell what Columbus is famous for. Finding something he didn't set out to find is marvelous, for kids and for all this is such an inspiring lesson.

Columbus is well known as an explorer and navigator. He was born in 1451 in the Republic of Genoa, Italy. Columbus participated in several expeditions to Africa. 1492, He left Spain in the Santa Maria, with the Pinta and the Niña along side. He has been credited for opening up the Americas to European colonization. 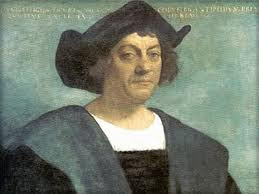 All the big dream started apparently from Columbus’s thought that he knew the world was round. He believed that by sailing west, instead of current route east around the coast of Africa, he would find the East and the Spice Islands.

From home to school now kids can pretend that they soon become teenagers, go to sea, travel extensively and eventually make Portugal their base. That’s how Christopher Columbus did it, and it was here that he initially attempted to gain royal patronage for a westward voyage to the Orient - his 'enterprise of the Indies'.

Apart from the fact revealed, history brings about something more than just imagination. Perhaps, this is how Christopher Columbus best known in modern era. When the Internet provides what kids need to learn to support their study at school, seemingly the past and the present is real close. Lively interactive tools of learning available for kids today and that is just can easily found both from home and school About Columbus Day, A brief history of the holiday. Columbus Day Coloring Pages, where kids need crayon to color these Columbus Day pictures. Columbus discovering America, portrait of Christopher Columbus, the Nina, the Santa Maria, etc. Christopher Columbus - A Skit A 3 scene play about the discovery of America and many more.

Columbus is inspiring. Is he great, agree with that kid? Kid?