Every year people all over the world believe that terrifying creatures, unhappy souls, ghosts, vampires, aliens, and everything that is associated with fear come to earth to have fun. Halloween is created to reveal them. People celebrate this holiday because:


Many people prefer to make scary things for Halloween, for example, gather together near the fire at night most likely in a scary place like a cemetery, abandoned building, beach, forest, and other. Creepy true stories are the main points of such gatherings. Some participants are even asking for an assignment help to create the best and unique one. They might not be true, but must be scary. If you are going to be a part of such a Halloween party, here are five scenarios of such stories.

1. A ghost of a little girl or boy 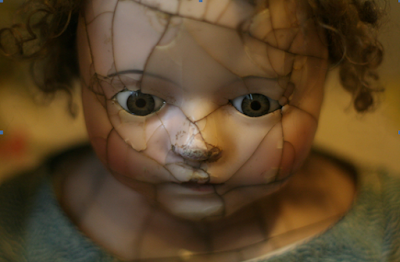 Any story will do which has a creepy image of not moving poker face of a little girl or boy. You can start your story with a routine life of a normal person who started to notice a little creature staring at him or her in various places. It may suddenly appear in a mirror when he or she lifts their face in the bathroom; it may stand in the bedroom at night in front of the door, it may follow him or her at work or lay in his or her bed when he comes home. The thunder-clap effect is a key element. The ghost of a child must grab someone’s hand or leg and scream or whisper something very personal.

There is a person. He or she lives a normal life. Here you should add specifics to create a real picture and help a person to dive into the right atmosphere. The more specifics you create, the more effect you achieve. Then create an unexpected situation when a person meets his identical clone in the same cloth and the same manners, which sits in a workplace and does everything he used to do before. Describe the anxiety in details. Then describe a situation where a clone meets the person’s girlfriend or family and talk to them with side glances which the clone throws from time to time accompanied by a creepy smile. A real person stops existing and is replaced by a terrifying creature which looks exactly the same. 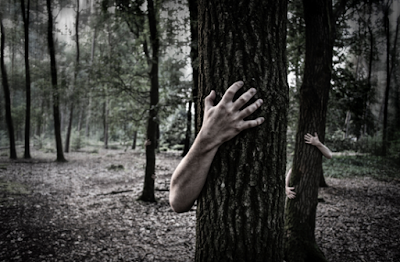 You are testing a new reality game with special equipment. The point of the game is to explore an abandoned place, laboratory, park, hospital, military building or any other place. Make the fantasy of your listeners’ work. A hero may have supernatural features. Create a scary atmosphere and make your auditory belief in what is going on. At the right moment make a scary creature attack the hero and repeat this cycle a few times until the number of creatures makes him die. At this moment the hero must get rid of the special equipment like a virtual reality headset and notice that he is still in the game. The player doesn’t know where the reality ends and the imaginary world starts.

There are plenty of secret laboratories in the world where secret experiments take places. This is a good basis for horror stories to read or to tell. Add fiction details which sound like true. For example, in 1940 before the World War Two in Japan, there was a special laboratory called Unit 731. They were experimenting on human beings with the aim of creating a biological weapon. You don’t need much fantasy. The further story described in details can blow minds of listeners and leave scary aftertaste filled with mystery. 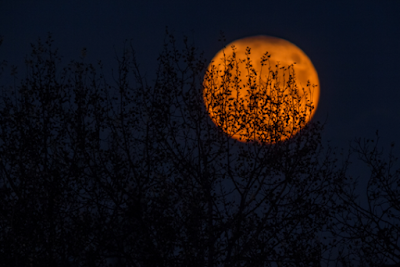 Scary animals, vampires, werewolves, and other creatures who live in deep forests, under water or high in mountains always have their audience during Halloween. There are plenty of stories to read about all of them to find inspiration for a thrilling story at night October 31st. You may add any details and elements you like including the descriptions of places, the look, the situations, the facts, and evidence. You may also add some fire by giving examples. The more hair-raising information you describe, the more fun you will have on Halloween.

Use your fantasy to make up the story that blows the mind. You may use any instruments you know starting with retelling any creepy movie and ending up with revealing your deep mind fantasy. The aim is to have fun. The more adrenaline you create, the more chances to spend an unforgettable night filled with stories and creepy ideas.
By man2sting at October 10, 2017