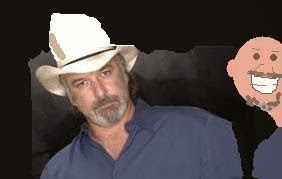 After 30 years of his entertaining career, Tim Wilson died without laughter. You guys enjoying standup comedy must know who this guy is. He is the one who is very good at country-style comedy. Wilson died Wednesday night of a heart attack. He was 52 years old.

He was the best known for his appearances on the syndicated, Indianapolis-based “Bob and Tom” morning radio show. Having been an entertainer for about 30 years, he released more than a dozen comedy albums Chris Dipetta, confirmed the comedian’s death on Twitter, Indiana television station WTHR reported.

Now, why did Tim Wilson die without laughter? This question is meant especially for any standup comedians all around the world if you think you're witty. But if you think this is just wasting your time, you may skip this article, but remember:
Tim Wilson was a great comedian, never ever stand up on the street to parody him. That's not the right way to die when you're broken hearted.