Katy Perry in Bali? Tell me the story 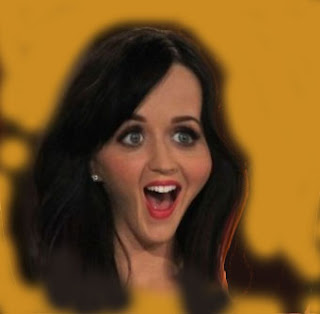 Katy Perry was about to tell me something sensational and I said, "not now." I knew it's crazy. I was not in a mood to learn to tickle everyone's fancy. Whether She would say, "I am in Bali now, Mr Nurman, cover a tickling news about me?" I didn't know.

I refused to respond because I was not sure she's going to tell me something out of tickling context. Off course, it's not funny while Katy Perry's singing some hits I was narrating silly stories about Nicolas Cage playing hide and seek with Robert Pattinson or about Emma Stones going on a pilgrimage to Mecca and or celebrities prefer to die in Bali and so on.

The pretty singer is keeping herself busy! The 27-year-old Katy Perry is in Bali, climbing a mountain. That's as the rumor goes. Next, Katy will perform on Jan.19 at the Sentul International Convention Center for her California Dreams tour. Whoops, the latter is history! If you keep up with the news, you know it.

Katy was sporting blue hair and a blue ring, but at that time she was not in Bali. She was not here around my neighborhood, either, to tell me something sensational as above-mentioned. So? When I said I was not in a mood to tickle everyone's fancy she quickly turned to be my wife bluffing at me for this weird daydreaming!
By man2sting at September 22, 2012 1 comment:

Talking about Indonesia's tourism, Bali would probably be more popular than Indonesia itself. Bali has become one of the favorite tourist destination areas, visited more by tourists either domestic or globally than any other regions in Indonesia. Why Bali? You see the uniqueness of this island; not only it is inhibited by the predominantly Hindu population with its rich traditional and religious culture, but it has a great deal of enchanting views and places of interest.

Bali has attracted all walks of life including those of world celebrities like Julia Robert, Tina Arena, Madonna, Goldie Hawn and daughter Kate Hudson, Yoko Ono and Mick Jagger, David Beckam, wife Victoria and their three children and many more.

Central Java Province, the second option, as one of the Indonesia tourist destination areas, offers various kinds of tourist attractions whether natural, cultural, or man made features. As it is located nearby Bali it is easily reached by land or sea.

So, what the untold stories? Wait, Indonesia is too large just to mention of those two provinces. See the map below. One of the untold stories is I have never gone to any other parts of Indonesia but Bali, Java and Sumatera. Another is I'm longing for you readers to take me there someday either as a tour guide or as the one to be ready to tickle your fancy on the way. Lol.