Rod Steward, Indonesia and the hit 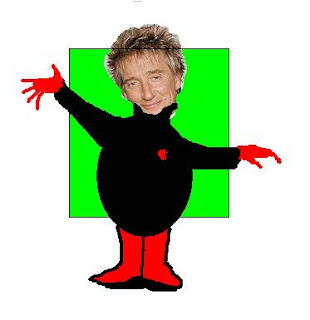 What's the best hit of Rod Stewart when he performed in Jakarta, Indonesia recently? It's not "Alamat palsu" or "Alay." The fans will answer variably, off course.

No doubt, it was a nostalgia-filled experience for fans of British superstar Rod Stewart. Jakarta welcomed him gaily. During his concert,“Rod Stewart: The Hits,”on Tuesday night at Plenary Hall in the Jakarta Convention Center, Stewart never talked about an accident happening around Tugu Tani, downtown, recently which has taken 9 lives of innocent pedestrians.

The 67-year-old still has nothing to do with it. He kept singing and singing until, suddenly to everyone unawareness, one of the 2,400-strong audience cried.

He opened with “Love Train,” taken from his 2009 album “Soulbook,” and this man kept crying. Nobody cared, nobody asked and nobody saw.

All of a sudden the music stopped and the man flew high to sky approaching Mr. Steward. Nobody cared, nobody asked and nobody saw. Rod took a deep breath and didn't see the man standing beside him. The superstar said nothing. The man, instead said, "Oh come on, Mr. Nurman stop this nonsense!"
By man2sting at February 02, 2012 2 comments: